Servicing Casco Bay and Beyond since 1854

Chase Leavitt & Co. serves both professional mariners and recreational boaters throughout the Gulf of Maine and beyond. Our strongest focus is on delivering quality and timely sales and service of marine survival equipment.  We have two life raft service stations in Maine with factory-trained technicians leading the way for over 45 years.  “The Chart Room” is your resource for navigational aids including charts, cruising guides, nautical publications, and navigational tools – a great place to dream and plan your next nautical adventure.  Rounding out the business is our “Inflatable Boat Room”  featuring the latest boat models, and offering repairs to your inflatable boat.

The Chase, Leavitt & Co. Steamship Agency is committed to providing professional Agency expertise to fully represent the best interest of our clients making port calls to Maine and New Hampshire.  Our Staff is quite proficient in coordinating with local businesses, regulatory agencies and port authorities – having a comprehensive understanding of pertinent documentation regulations required for a successful port call.  We at Chase, Leavitt & Co. pride ourselves in providing cost effective and efficient port calls through our many years of maritime exposure and interface with port officials and suppliers. 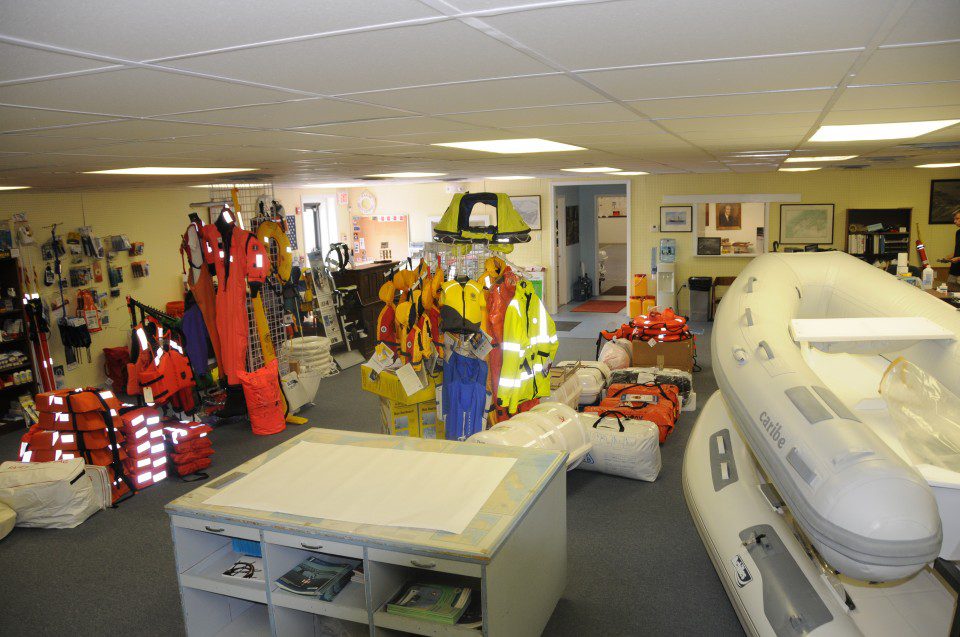 Having a life raft on board that fits you and your crew’s needs while onboard a boat is important in the case of a capsized vessel. Choosing an appropriate liferaft can seem overwhelming due to the many options and variations in products available on the market. Learn More About Choosing the Right Life Raft

There are a many different types and sizes of inflatable boats to fit different marine needs. Learn More About Choosing the Right Inflatable Boat

When you are out on the water things can change in an instant. Making sure you are geared up with buoyant abandon ship survival gear is essential, no matter if you are in the harbor of Casco Bay or if you are pushing out in the Atlantic shipping lanes. Abandon ship bags go by many names, ditch bags, bug out bags, emergency bags, etc. No matter what you decide to go with, it is essential to equip your vessel with an Abandon Ship Bag that has everything you need in case of an emergency.  Learn More

This number one safety suit is designed to protect your crew from hypothermia when stranded in cold waters. Immersion Suits are waterproof dry suits that help your body temperature from dropping too quickly in freezing water temperatures—knowing when and how to use your suit before its needed is essential. They are designed to be put on before your body hits the water in order to seal out the moisture and be active. Get Your Immersion Suit Pro Tip Here

A personal flotation device (PFD; also referred to as a life jacket, life preserver, life vest, buoyancy aid, or flotation suit) is a piece of equipment designed to assist a wearer in keeping afloat in water. Life jackets provide buoyancy when you are no longer able to keep yourself afloat due to fatigue, injury, or cold. Learn More About Custom Fittings Here

When it comes to having a man overboard, safety is the number one priority not only for the person in the water but for the rescue team as well. Being well equipped with an overboard system that will help to keep you safe while awaiting rescue will assist you in survival and support the team that will be coming to your aid. Learn More About Overboard Equipment & Systems Here

Distress signals are an essential safety item to have on board and should be considered when building your abandon ship bag as well. The hope is that you never have to use one; however, when in an emergency, it could be the difference between getting support for a rescue or being on your own. Learn More

Each of these safety locator systems has its purpose and its place. If you, your crew, or your ship is going down or in an emergency, having the right locator device could be the difference between life and death. Learn More About Each EPRIB’s, PLB’s, MOB’s & AIS Here 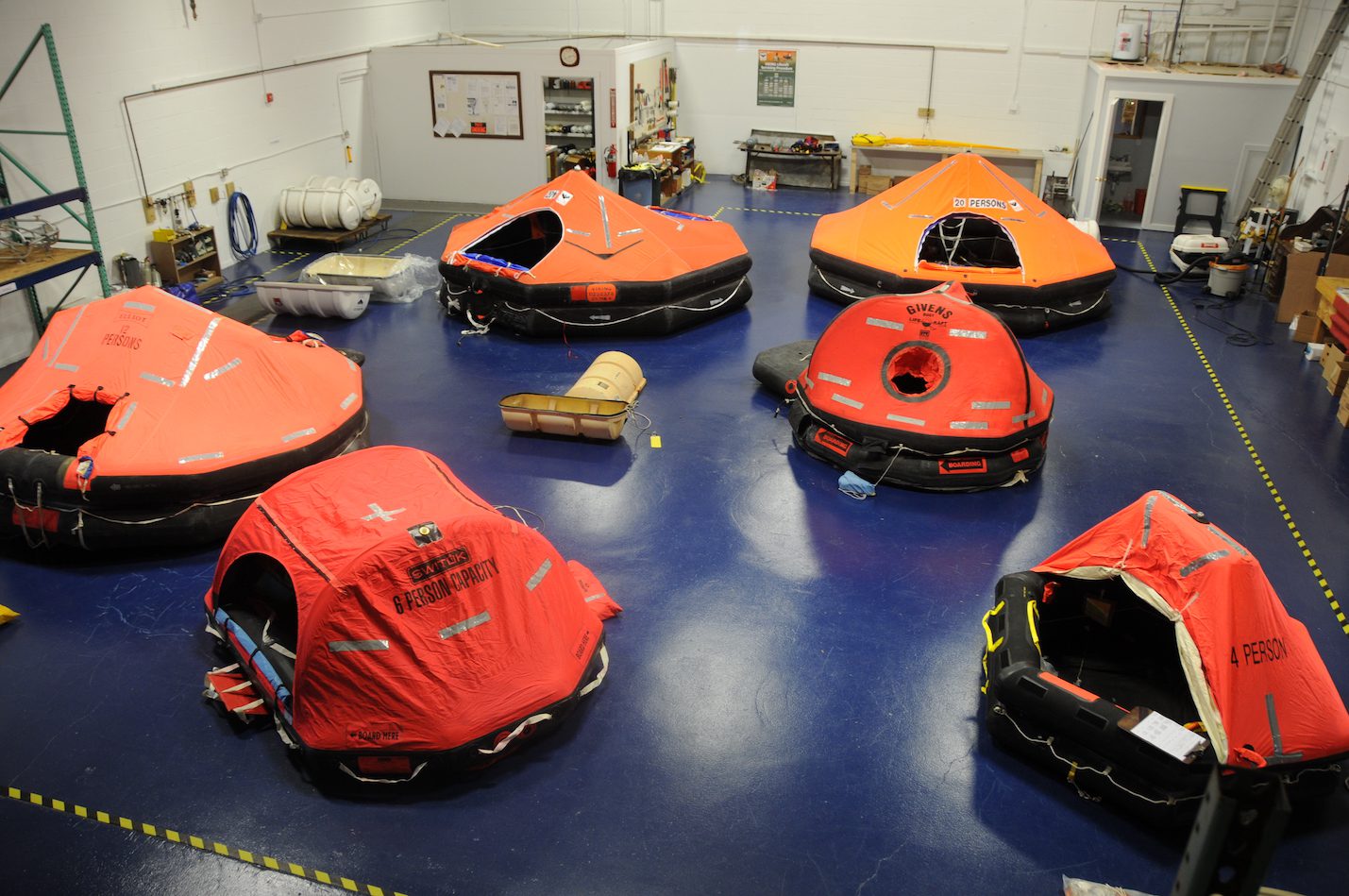 Life rafts are one of the most important part of your safety equipment to have serviced. If a life raft is not functioning properly or is damaged, it can be a deadly situation that no mariner wants to find themselves in. The good news is it is preventable with regular service.  Learn More

Inflatable boats are a big purchase! Ensure the safety and longevity of your inflatable boat with regular maintenance. Learn More

Not all man overboard systems require inspections and service, however, it is still important to ensure the functionality of your devices. We also provide all of the required services and are certified technicians. Learn More

The best life jacket is one that you will wear, keep yourself and crew safe by regularly having your floatation gear inspected. Learn More 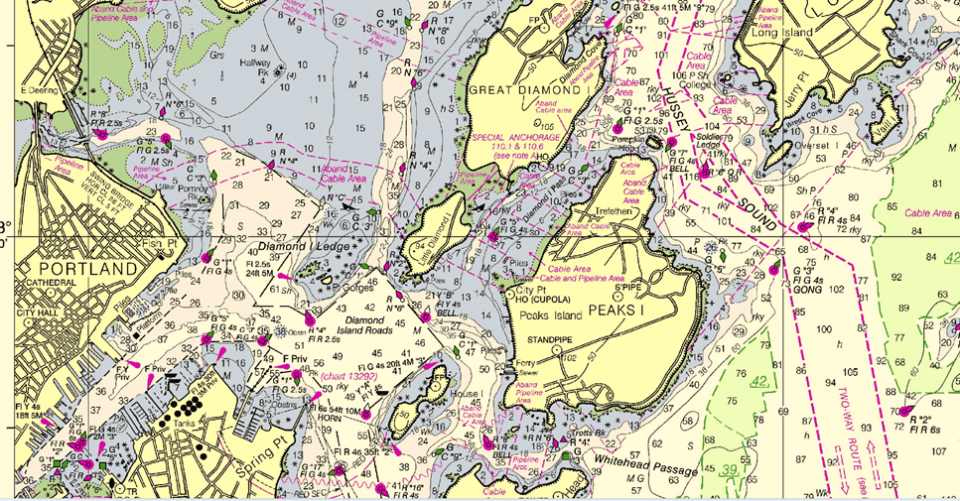 Nautical Charts are one of the most fundamental tools for all mariners. Commercial vessels are required by Federal Regulation to carry paper or electronic nautical charts at all times.

We are proud to be one of Portland’s longest-standing nautical chart providers. We carry paper charts, chart books, chart kits, navigation tools, and flags. We also offer chart framing services- take the sea home with you for the ultimate nautical decor.

Please call, email, or stop by our store to shop our products.

A sample of the many products we have to offer. 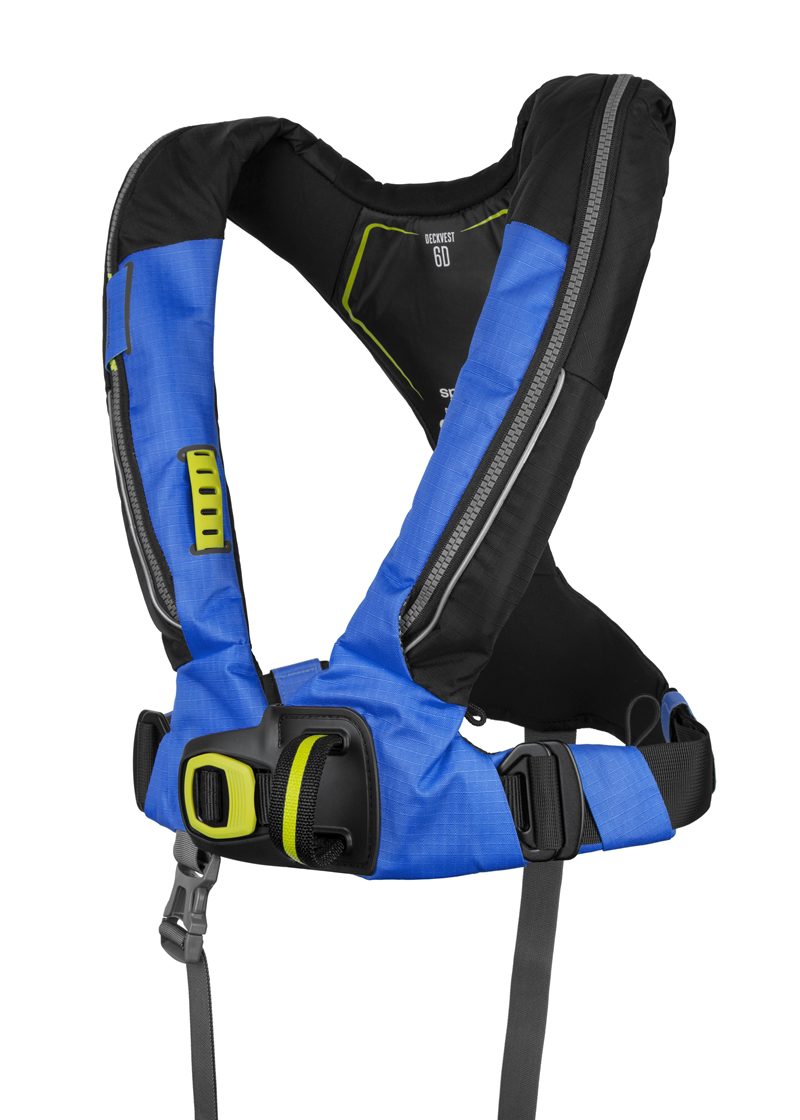 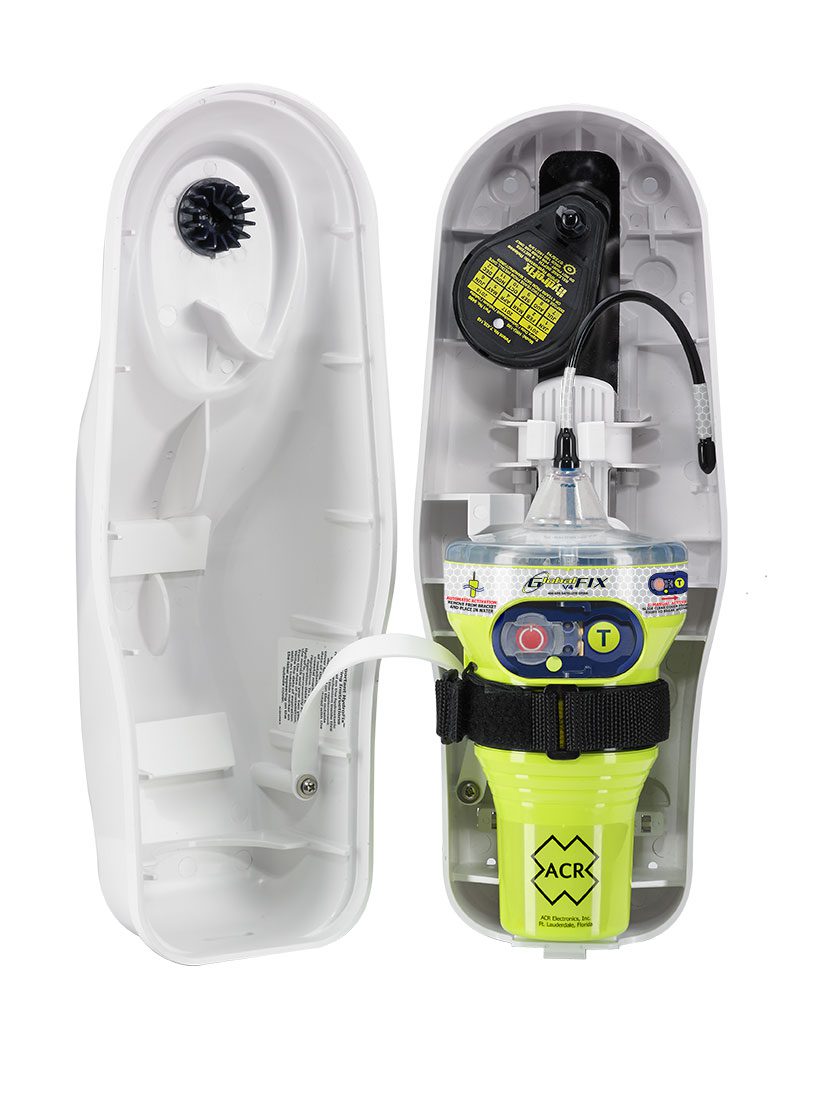 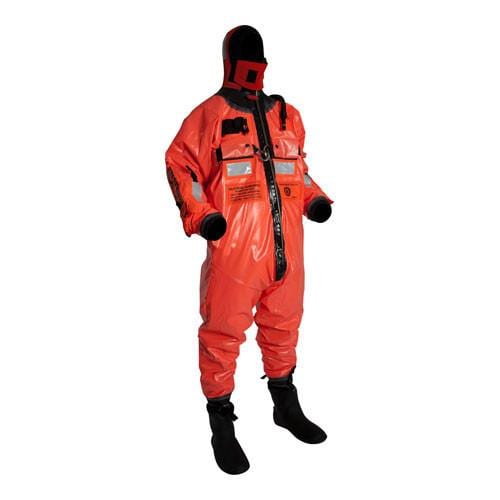 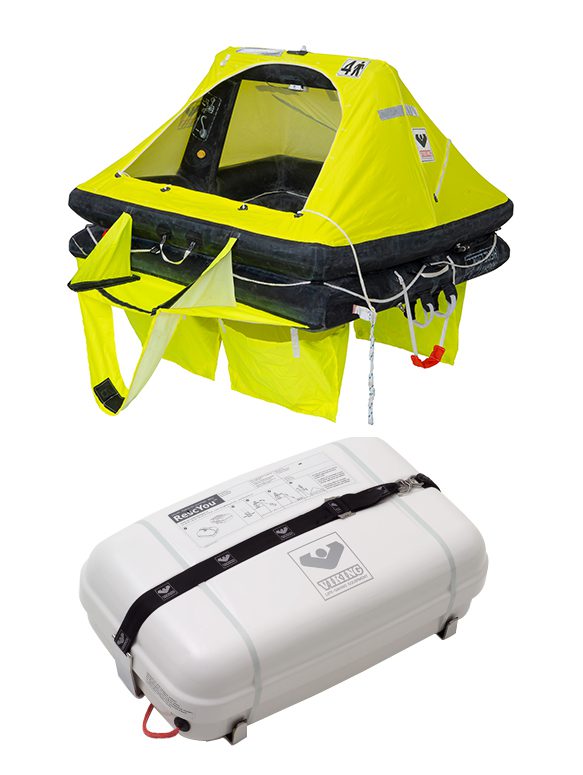 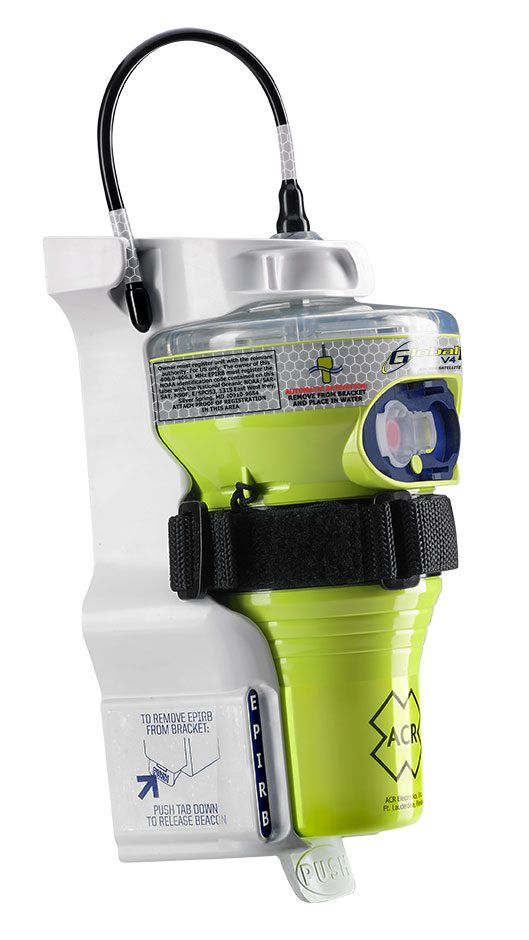 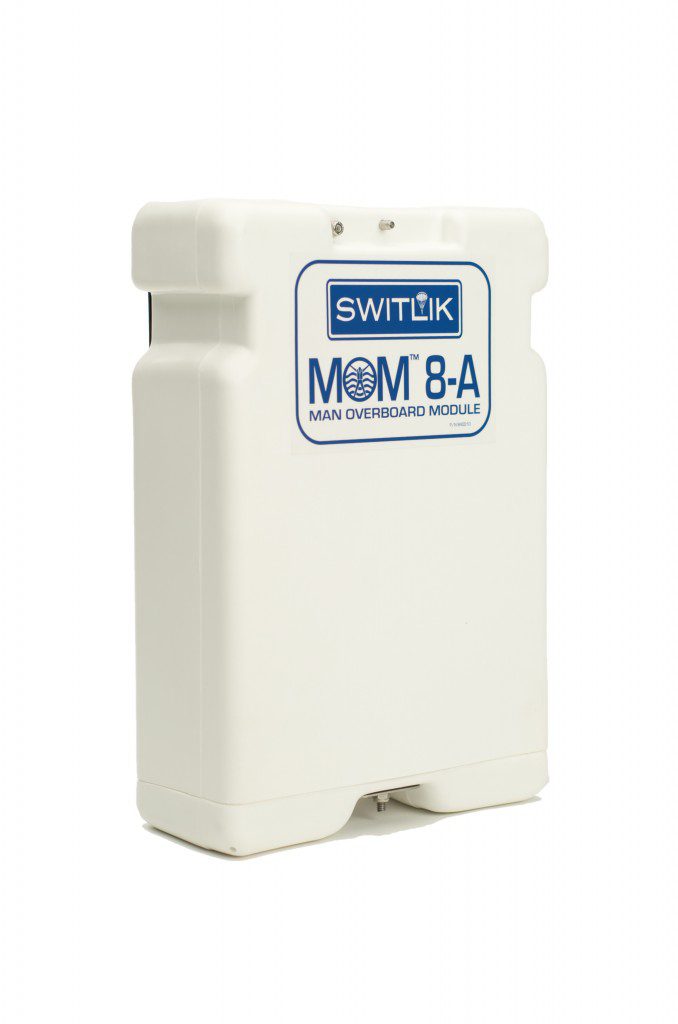 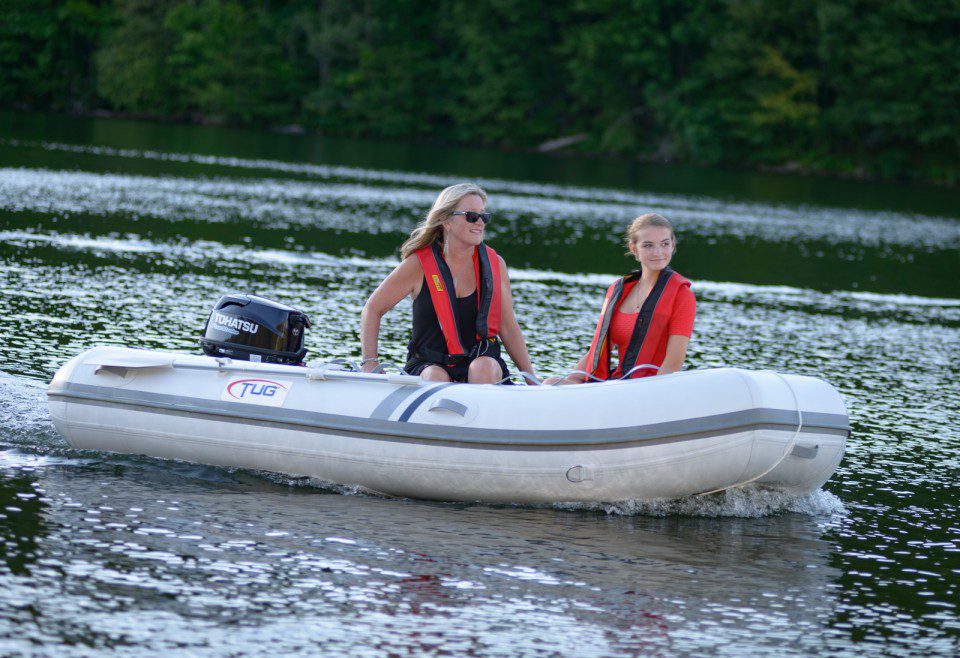 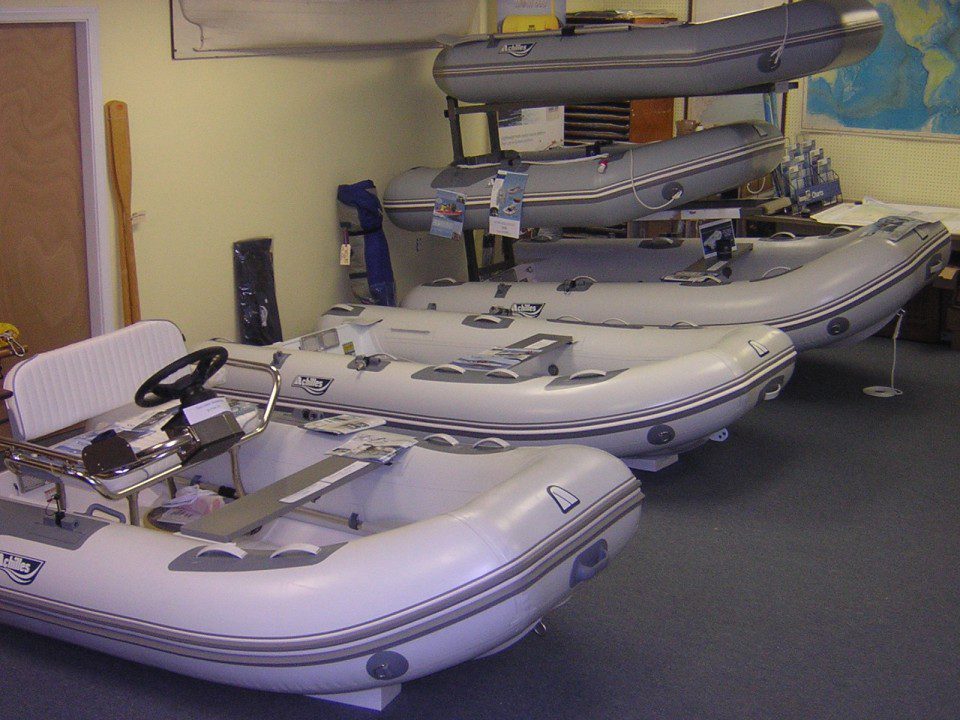 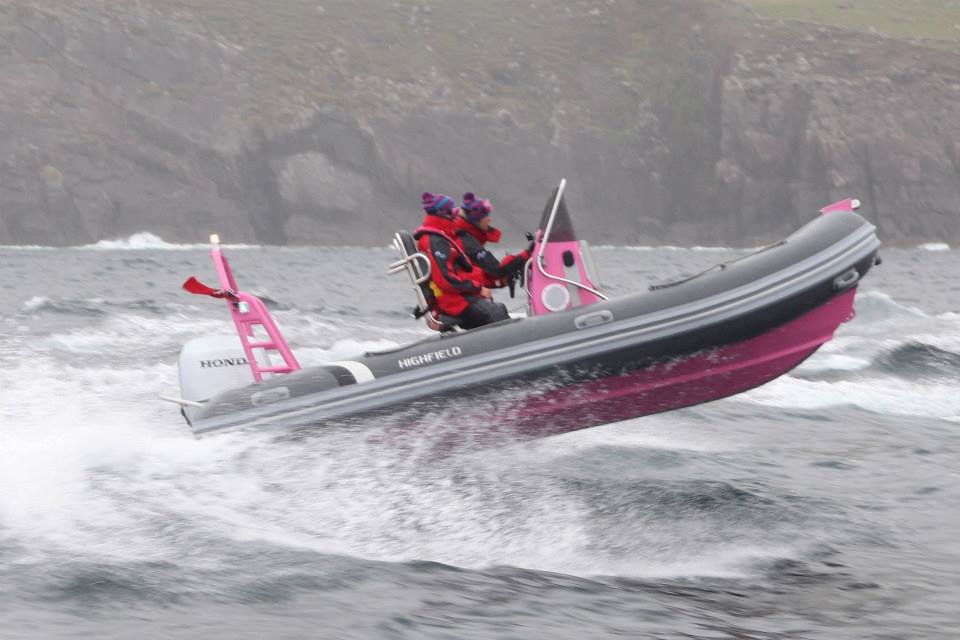 We encourage you to come and visit one of our store locations and shop our products with one of our safety and product specialists.

5th Generation Owned and Operated Since 1854.

Chase, Leavitt & Co. was established in 1854 and served as Agents for ships coming into the port of Portland, Maine from around the world.

Captain William Leavitt (1824-1911), was the first Leavitt at the helm of the firm, and was followed by his son, William Leavitt., Jr., and then Ralph Leavitt, who was instrumental in the founding of Maine Maritime Academy when he was a Maine State Senator.  Ralph’s son, William “Bill” Leavitt took over the firm in the 1960’s.  He started “The Chart Room”, as many ships coming to Portland were requesting charts of the world’s oceans.  Later on, the ships were also looking for a place to have their life rafts serviced, and Bill opened the first life raft service station in Maine in the 1970’s.  Bill’s son Jon began working for Chase, Leavitt in 1986, and is now at the helm.  Chase, Leavitt opened the second life raft service station in 1997 in Ellsworth to serve mariners from the Down East area of Maine.  Both locations also offer marine safety and survival equipment to a customer base comprised of commercial fishermen, yachtsmen, ferries, tugboats and whale watching vessels. 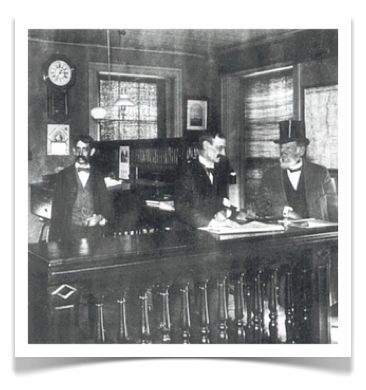 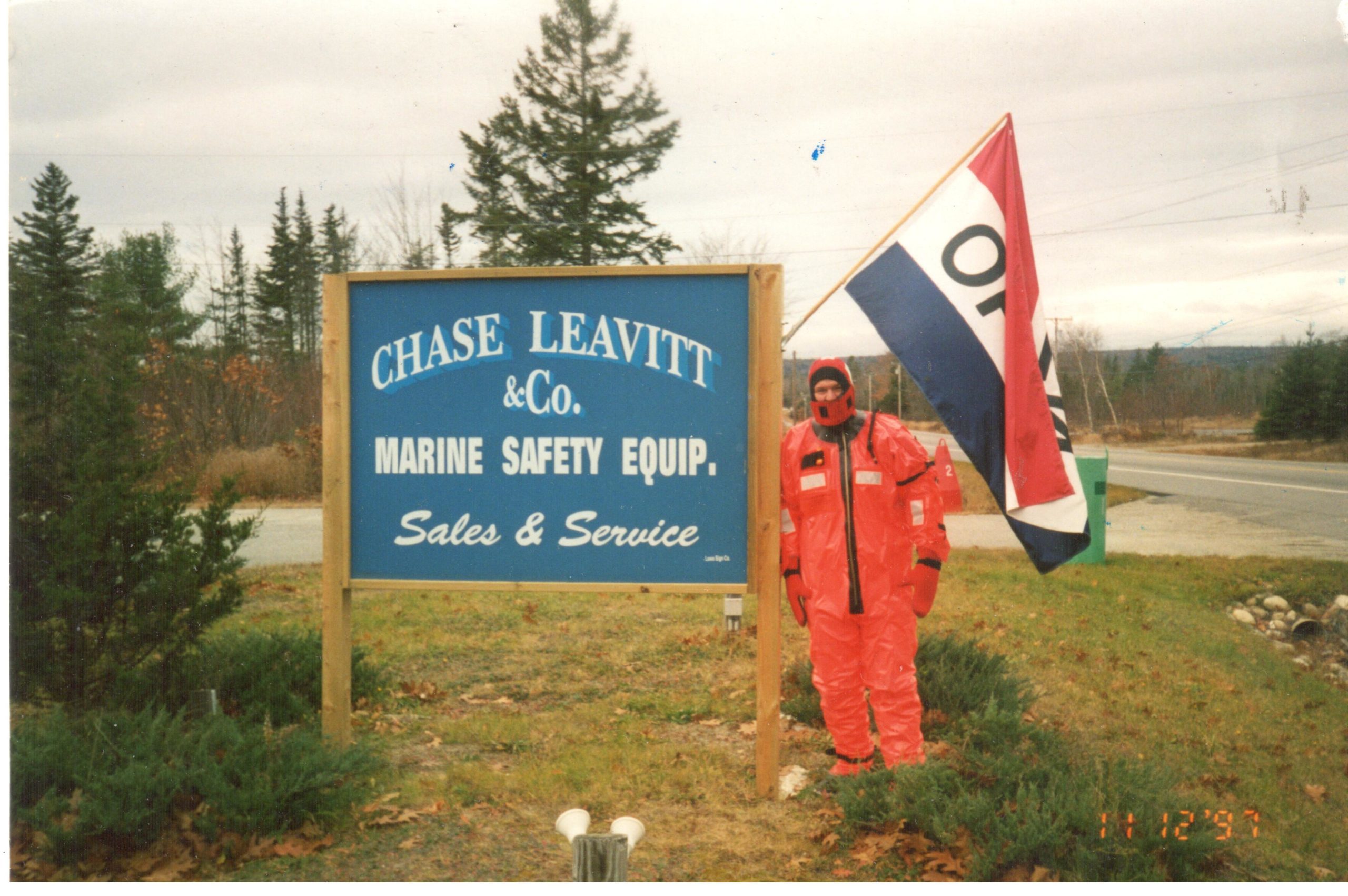 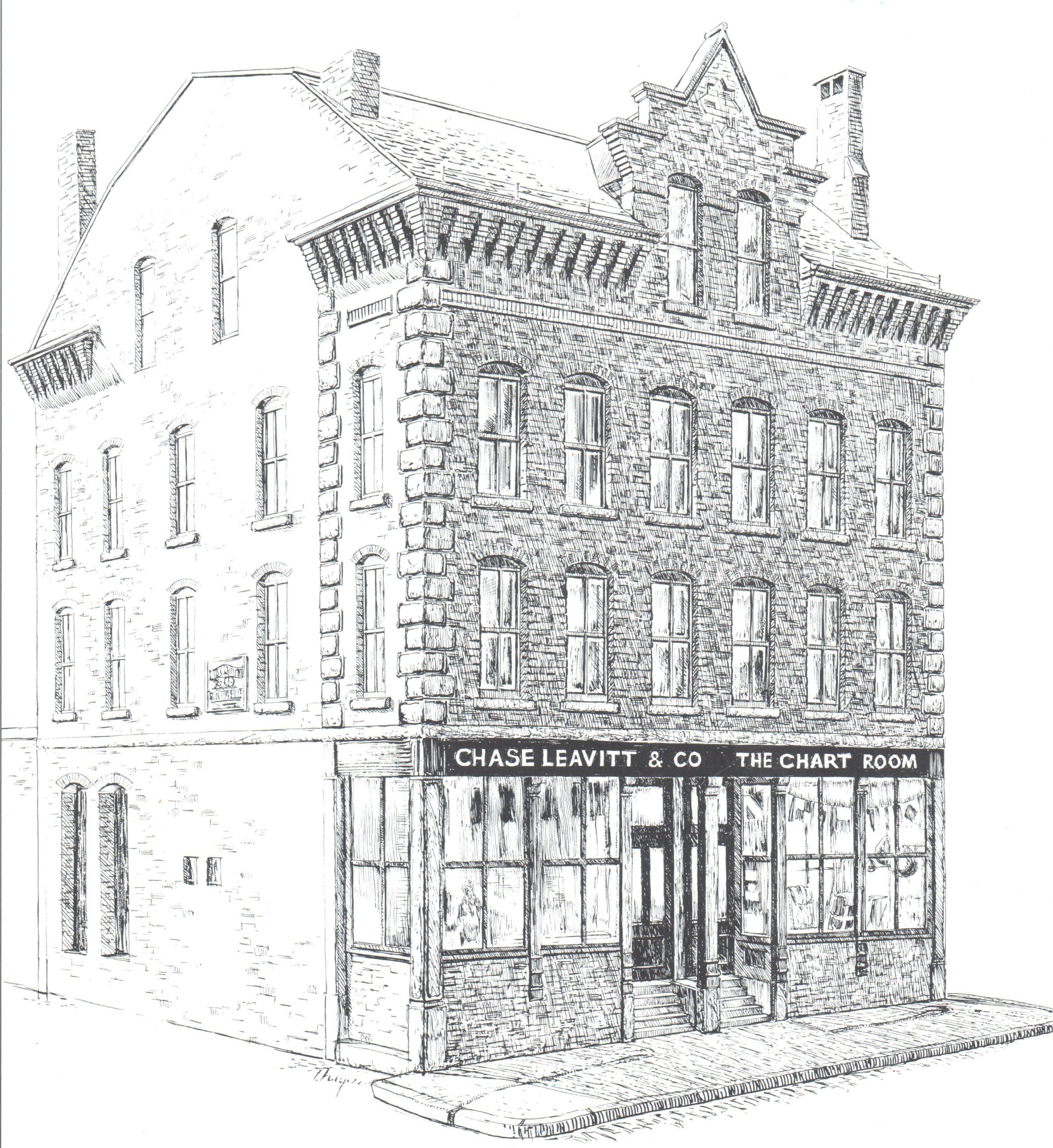 The Chase, Leavitt & Co. Ship Agency was founded in 1854 by Capt. William Leavitt.  Now under the management of the 5th generation of the Leavitt Family, the tradition of having experienced Mariners at the helm of the Ship Agency continues today.  All of our boarding agents are holders of USCG Licenses, have the sea-going experience, in-depth knowledge of current national and international regulations, and can provide you with detailed and accurate information on the ports we cover.  You can be assured that your vessel is being attended by a professional when Chase, Leavitt & Co. is aboard! 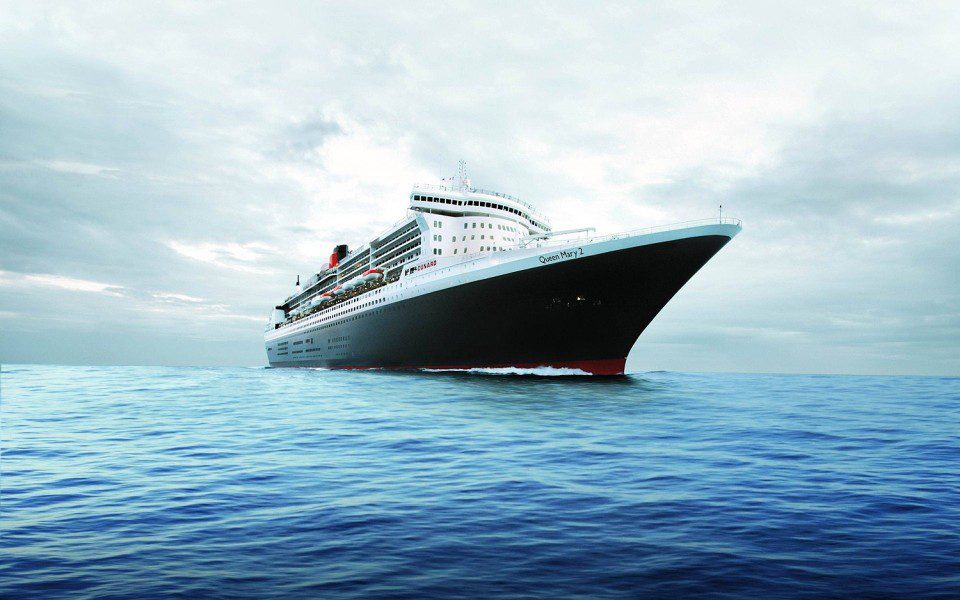 Our Clients Love Us

“I was having a problem with the water leaking into the Zodiac when the self-bailing lever was closed and a very slow leak in the hull. I asked at Hamilton Marine where I could get someone to fix the boat and they pointed me to Chase Leavitt which is behind Hamilton Marine. From the outside it’s hard to spot but they had me deflate the boat and bring it in for repairs. They had it less than a week and everything is fixed at a reasonable cost. They sell inflatables, life rafts and lots of safety equipment and have been around since 1964. I found it a good company to work with.“ 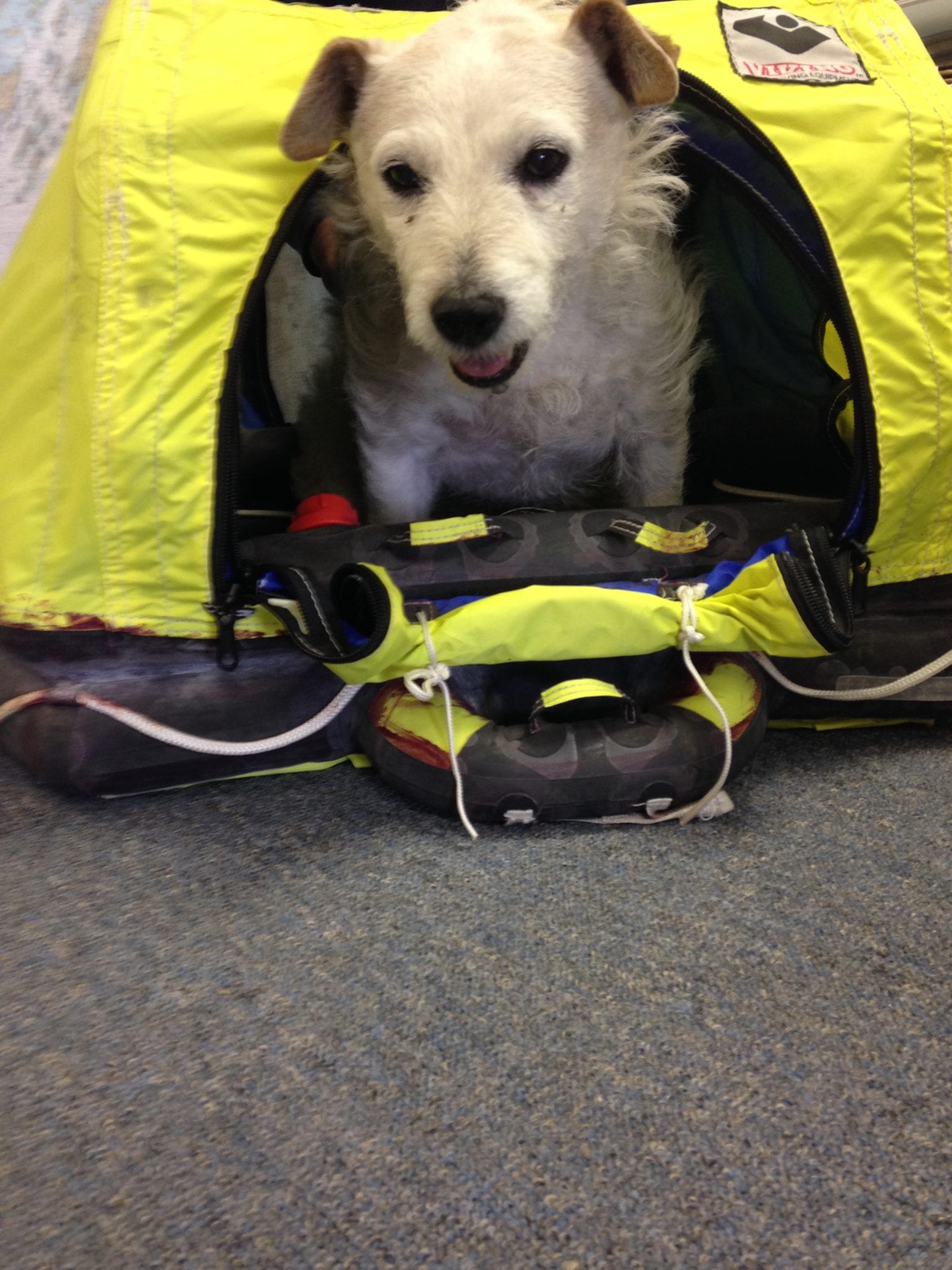 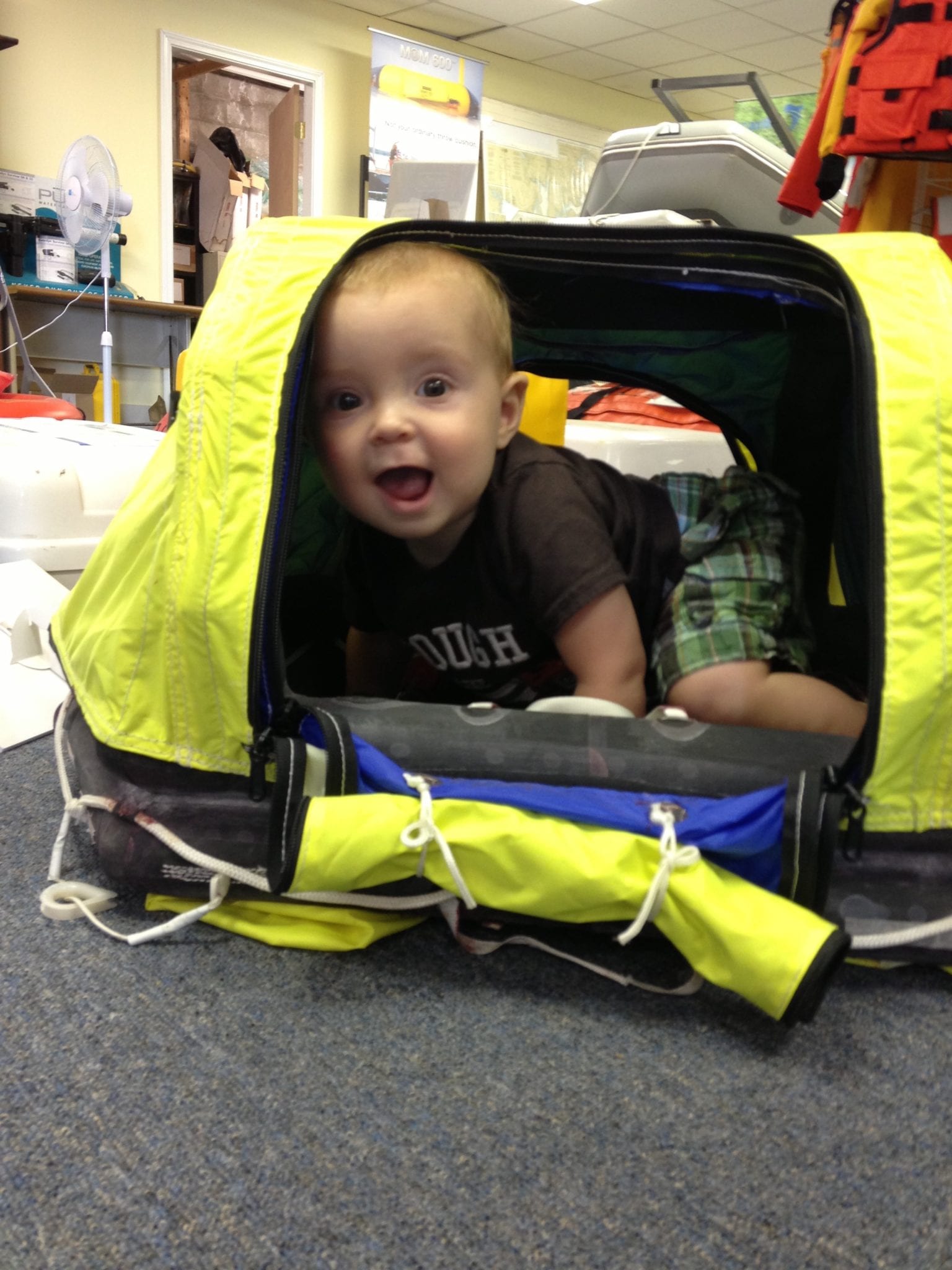 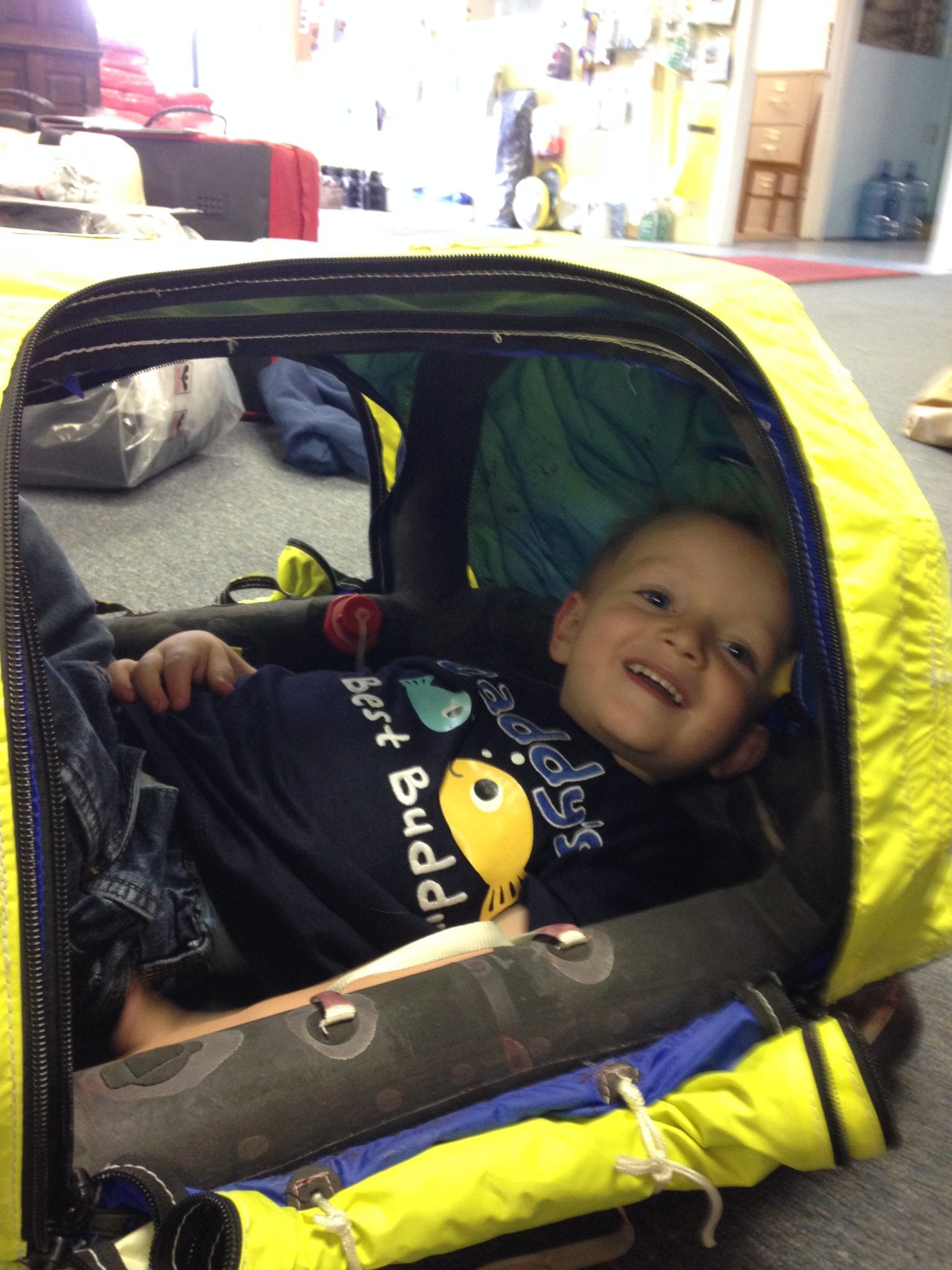 Get In touch below. Ask Any Question or Request a Product.